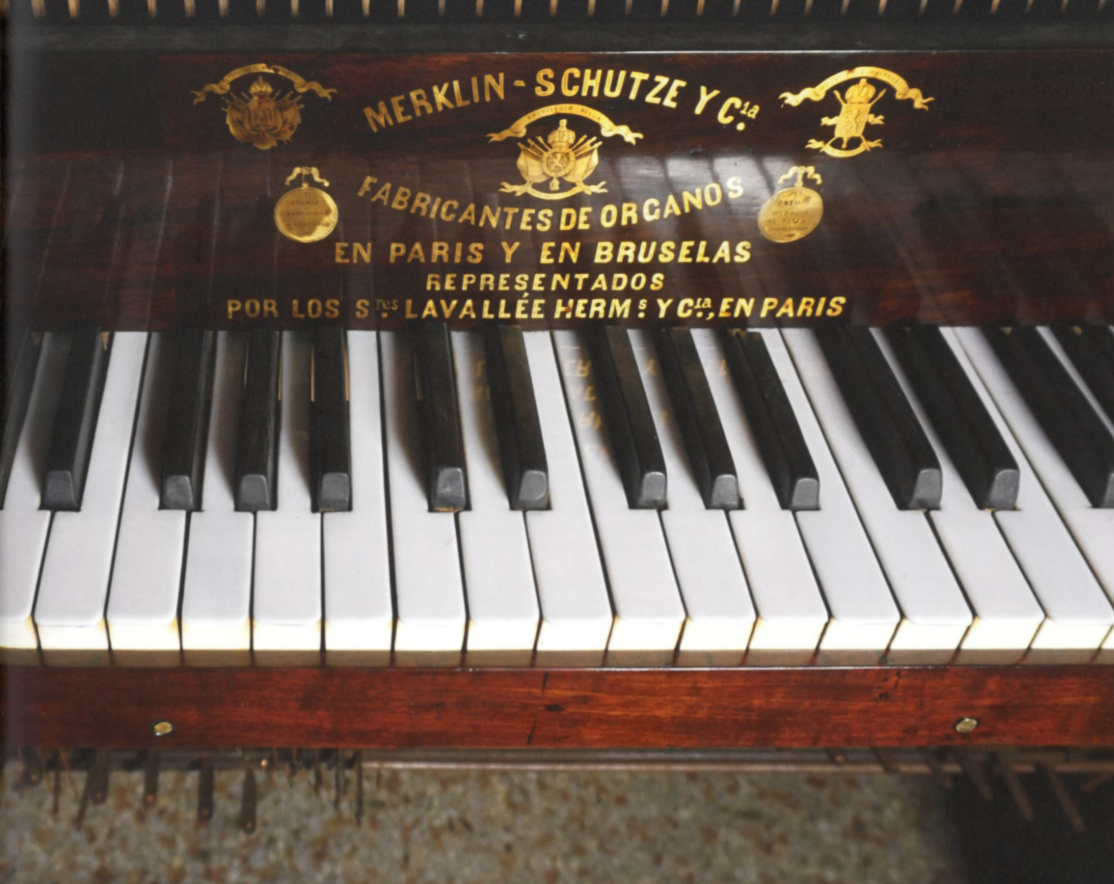 The centuries of Spanish colonisation that ended in 1898 and the major influence of the Catholic church meant that Cuba has always been part of the European church music tradition, in which the organ plays an important role. Cuba’s tropical climate was very hard on these sensitive instruments, however, with the result that no functioning organ remained in Cuba by the turn of the millennium.

Once a number of scientific studies had been conducted, an overall assessment carried out and the necessary materials and tools acquired, the Merklin-Schütze organ was completely dismantled and transferred to the Iglesia de San Francisco de Asís. For several years, this magnificent baroque church has hosted La Semana de Música Sacra, a week-long celebration of religious music which is also funded by certain German institutions.

In collaboration with the local craftsmen, the casing, manuals and pipes, badly damaged by the climate, were repaired and cleaned, while any parts that were no longer usable were replaced with new parts specially made in Switzerland.
As the expertise to look after the “queen of instruments” had been lost locally, particular emphasis was placed on training up Cuban craftsmen, who will take charge of the organ’s future care and maintenance. The artisans threw themselves into their new role with an impressive degree of enthusiasm and dedication.

As well as encouraging international exchanges for musicians and promoting tourism, the restoration project will facilitate training for new and established church musicians and open up avenues of research into Cuba’s organ compositions. Thanks to a cooperation agreement between the Instituto de Estudios Eclesiásticos P. Félix Varela and the College of Catholic Church Music and Musical Education in Regensburg, young organists have had the opportunity to receive training in Havana since 2016. Catholic Church Music is now being offered as a university subject in Cuba for the first time. Students will be able to use the organ during their studies after the restoration work has been completed.

This project enables Germany to make a valuable contribution to Havana’s celebration of its 500th anniversary in 2019.

Title image: The wonderful manual is the jewel in the crown of this Merklin-Schütze organ – a masterpiece of craftsmanship | © German Embassy Havana