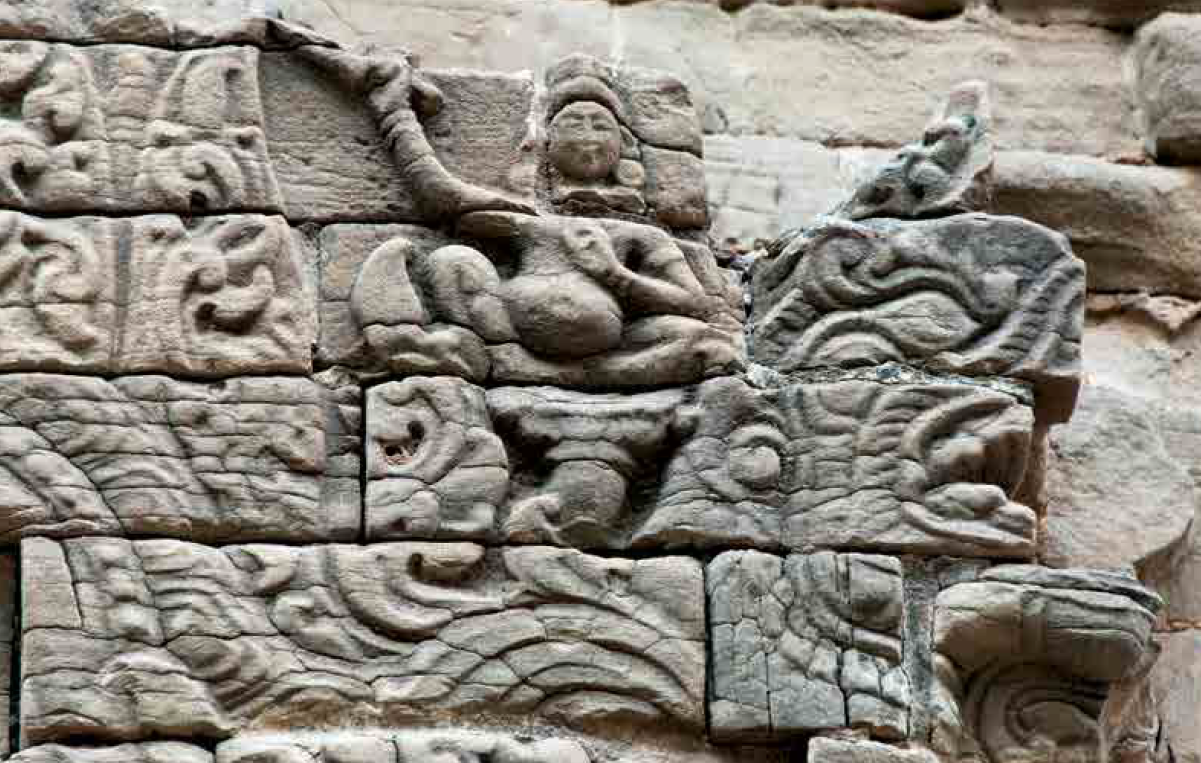 On 24 August 2016, an earthquake measuring 6.8 on the Richter scale hit Bagan, one of the world’s most important historical cultural sites. Almost 400 of the around 3000 sacred architectural works were damaged, some of them seriously. The extremely heavy spires of many temples fell to the ground, while centurie sold masonry became loose, cracking precious murals and stucco decorations. Germany was one of the countries which responded to the urgent appeal for international help, sending three experts with many years of experience in cultural preservation in South-East Asia to Bagan to discuss suitable conservation and restoration measures with local officials.

The second part of Germany’s engagement is the stone conservation project at Nanpaya, one of the few stone temples in Bagan. This temple was chosen at the express request of the Myanmar conservation authority (DoA). By way of a pilot project, local experts are to be trained in stone conservation and taught how to carry out preservation work on their own. Myanmar colleagues will contribute their experience, learn modern sandstone conservation techniques in theory and practice and use these skills within the scope of the project. The aim of the project is not only to preserve the stone decorations of Nanpaya but also to provide restorers with a solid training in conservation techniques in Myanmar. Trained Cambodian restorers from the German Apsara Conservation Project (GACP) in Angkor/Cambodia are now contributing their many years of experience, both by carrying out restoration work and acting as instructors in Nanpaya Temple. This is an example of the synergies between various projects in the Cultural Preservation Programme.

Nanpaya, built in the 12th century, lies in the small village of Myin Ka Bar. Essentially a brick construction, its interior and exterior were clad in stone blocks. The temple is adorned with precious masonry. Severe damage has been done to some of the sandstone decoration. Surfaces are in danger of falling, the facade is lined with a pattern of small cracks, while the reliefs are no longer so pronounced in some cases. There is an urgent need for conservation here. However, construction measures, such as the restoration of the drainage, are also of great importance. Many efforts have already been made to preserve the building. However, some procedures resulted in additional damage to the temple.

Modern stone conservation takes into account the fact that every attempt at conservation brings with it risks. It is therefore based on precise knowledge of the properties of the stone, the extent of weather damage and the detrimental effect of external factors. It was thus good that permission was given during the preparatory trip to take small material samples back to Germany for analysis. The findings provide key indications on how to proceed with conservationwork. The conservation measure follows the tried and tested pattern of examination, documentation, development of conservation materials and methods and implementation. The strategy is then adapted and improved step by step to deal with any given situation. Everyone involved in the Nanpaya project is working to develop a strategy on conserving stone constructions in Myanmar.