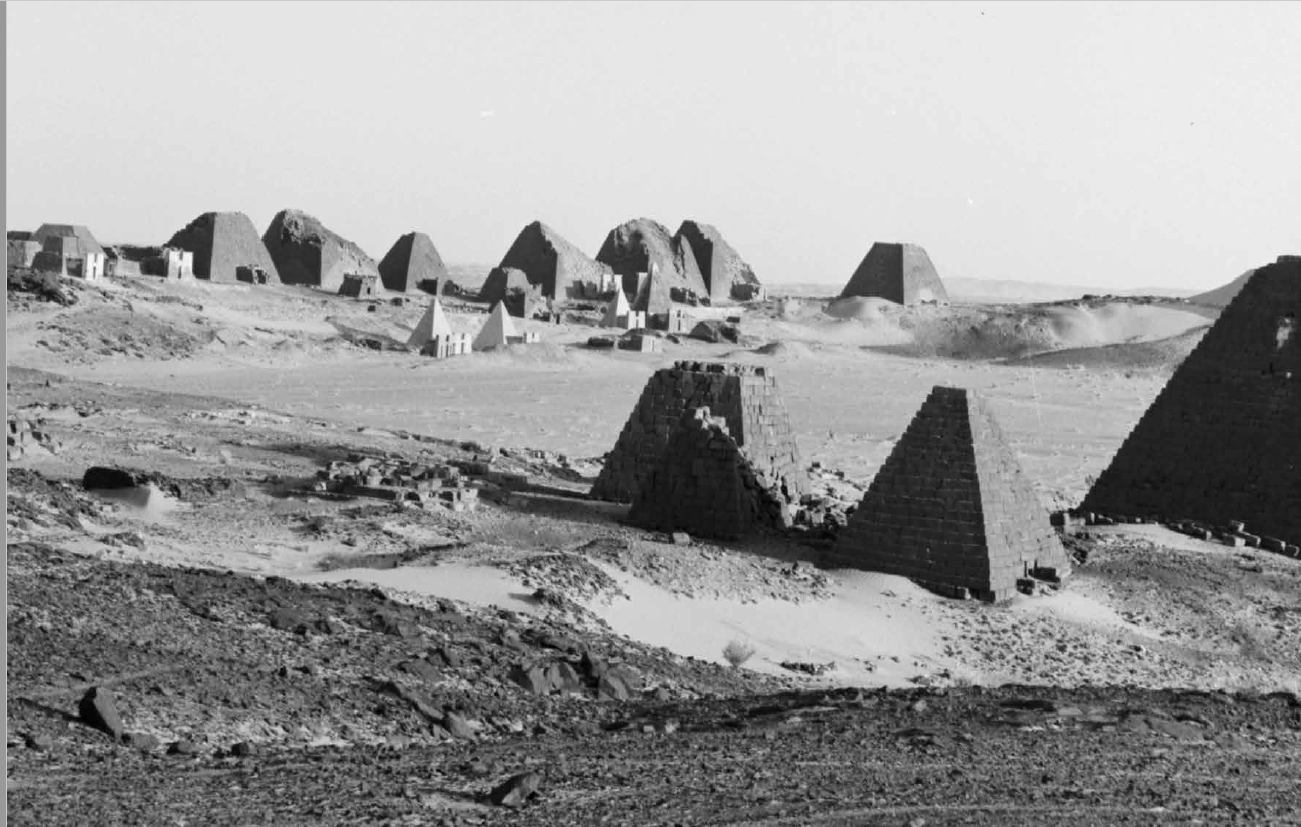 The Sudan boasts a rich cultural heritage encompassing important ancient artefacts. The Sudan Digital project, in
collaboration with the National Corporation for Antiquities and Museums (NCAM), aims to ensure the protection of these sites and objects through the creation of a digital heritage registry. The starting-point for this task is the archive of the German architect and building researcher Friedrich W. Hinkel, which contains valuable information on over 14,000 archaeological and historical sites in the Sudan. This archive has been digitised, with funding from the Qatar-Sudan Archaeological Project between 2014 and 2016 and from the Cultural Preservation Programme of the Federal Foreign Office since 2016.

Important remnants of a number of cultures which enjoyed constant exchange with the Egyptian and Mediterranean civilisations, each side influencing the other, are to be found at a host of archaeological sites in the Sudan. These sites include such monumental structures as the pyramids of Meroë, Jebel Barkal, El- Kurru and Nuri, as well as many temples and fortresses. The Sudan’s archaeological heritage has been the subject of international research projects since the 19th century. The construction of the Aswan High Dam and the filling of Lake Nasser in the 1960s resulted in a more intensive approach to the scientific and academic study of the material culture, which had to be protected in the north of the country by means of emergency excavations and the relocation of monuments to avoid the risk of destruction through flooding.

The East German architect and building researcher Friedrich W. Hinkel was in charge of the complex process of moving the monuments. Working for the Sudan’s Archaeological Service, Dr Hinkel managed the protection and conservation of the country’s cultural heritage sites for several decades. In the course of this work, he produced a comprehensive private research archive, which passed to the German Archaeological Institute (DAI) upon his death in 2007.
Comprising over 34,000 negatives, more than 20,000 index cards, 12,000 slides, over 4000 drawings, 500 topographical maps and hundreds of files, the Hinkel archive is the world’s largest private research archive on the ancient Sudan. The digitisation of the archive, which began in 2014 with funding from the Qatar-Sudan Archaeological Project (QSAP) and concluded in 2016 with financial support from the Federal Foreign Office, brought to light information on more than 14,000 ancient sites in the Sudan, which has been entered into iDAI.welt., by topographical category. Since 2014, on the basis of the newly discovered data from the Hinkel archive, an intensive exchange has evolved with the National Corporation for Antiquities and Museums (NCAM). This produced the idea of creating a heritage registry for the Sudan based on the data from the Hinkel archive. In 2017, the Sudan Digital project took the first steps towards developing such a registry.

In July/August that year, eight Sudanese colleagues and another six specialists from Tunisia and Palestine attended a summer school on data curation at the German Archaeological Institute in Berlin organised in cooperation with the Arab League Educational, Cultural and Scientific Organization (ALECSO). The summer school focused on providing basic skills relating to analogue and digital data maintenance and management, the handling of nitrate negatives and the elaboration of guidelines for the long-term archiving of digital data. This laid the foundations for the heritage registry.

The knowledge and skills acquired at the summer school were immediately put into practice in Khartoum. In a joint project by the DAI and NCAM, important historical and scientific archive material belonging to the Sudanese antiquities authority was localised, cleaned, registered and transferred to the newly created archive. This produced an initial rough idea of thousands of drawings and plans of various ancient Sudanese sites and hundreds of portfolios comprising scientific documentation from the early 20th century onwards which could then be prepared for use in the heritage registry.

In a second stage starting in autumn 2018, a digital heritage registry adapted to NCAM’s needs is to be created using the iDAI.field open source software, and the data from the Hinkel archive will be made available to the local antiquities authority on a separate server. The registry is intended to help ensure the long-term conservation
of the Sudan’s cultural heritage and to aid the work of the Sudanese antiquities authorities. It will be a combination
of the processed data from the Friedrich W. Hinkel archive, stringent data structures for additional archaeological sites and supplementary data including both old and new data from the NCAM archive.