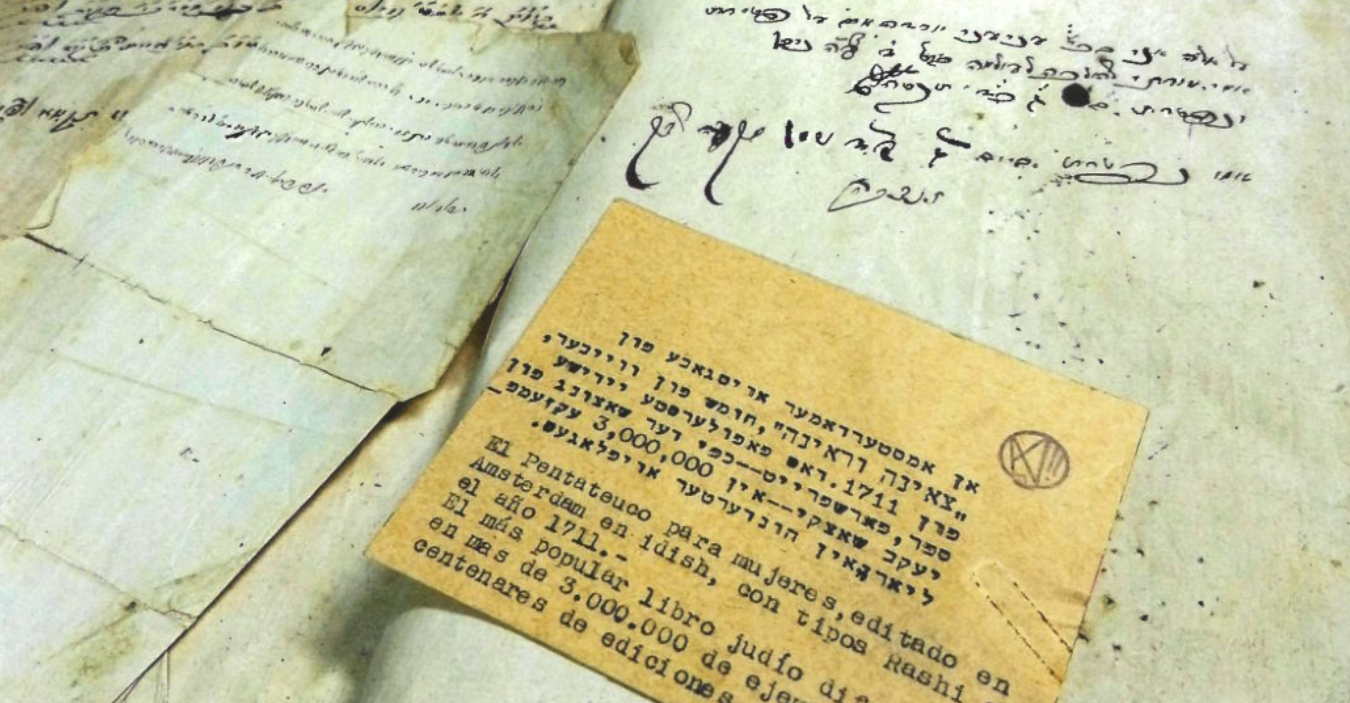 On 18 July 1994, the Asociación Mutual Israelita Argentina (AMIA) building in Buenos Aires, the centre of the Jewish community in Argentina, was destroyed in a bombing. The building, which housed numerous Jewish organisations and associations, was completely destroyed. 85 people were killed and 300 injured, and over 400 nearby homes and businesses were destroyed or damaged. To this day, it remains unclear who was responsible for the attack.

by Dr Bertram Nickolay (Head of the Security Technology Department at the Fraunhofer Institute for Production Systems and Design Technology, IPK Berlin)

The bombing also affected the archives and library of the Fundación IWO, Idisher Visnshaftlejer Institut – Instituto Judío de Investigaciones. This research institution aims to enhance knowledge of the history of Jewish life, with a particular focus on the history and culture of Eastern European Jews. The organisation’s archives and library are among the world’s most important resources for research into Jewish life and Jewish history in Europe, the Yiddish language, literature and folklore, the various aspects of the Holocaust and the history of Jewish migration to America.

The attack affected a unique collection of documents and books in Yiddish, as well as historical documents relating to Jewish history in Argentina and many publications, documents and other Jewish cultural artefacts rescued from the National Socialists and removed from Europe. The unbelievable effort to rescue this unique library, in which up to 800 young people took part, began even as the rescue services were searching for survivors and freeing the injured. Countless documents, recordings and objects and over 70,000 books were brought to safety. This was the second time many of these artefacts had been saved: first they were removed from the Nazis’ grasp, and now, fifty years later, they were pulled out of the rubble that was all that remained of the archives.

In October 2011, Dr Bertram Nickolay of the Fraunhofer Institute for Production Systems and Design Technology (IPK Berlin), the father of reconstruction technology, presented Fraunhofer developments and their potential uses in the culture of remembrance at the “Culturas de la Memoria” international conference in Mexico City. Prof. Nestor A. Braunstein, then curator of the Instituto Judío de Investigaciones (IWO), who was a panellist at the conference, immediately recognised the possibilities this technology offered the IWO archives and library.

While some of the archive material was made accessible again in AMIA’s new building and at IWO’s new location in 2012, a large number of the damaged documents are still awaiting reconstruction and (re)formation. Since the terror attack on 18 July 1994, the challenge for IWO has been to organise millions of fragments back into their original form. The sheer number of fragments, never mind the degree of damage, makes manual reconstruction an impossibility.

This is where the Fraunhofer Institute for Production Systems and Design Technology in Berlin comes into the picture: its methods for the automated virtual reconstruction of destroyed or damaged documents, which were originally developed to make the shredded files of the German Democratic Republic’s State Security Service legible once more, are widely sought after worldwide. Outstanding instances of their application include the restoration of documents damaged when the City of Cologne’s historical archives collapsed in 2009 and the reconstruction of the mediaeval prayer book of St Gregory of Narek in Yerevan, Armenia. At the heart of this unique virtual reconstruction method is the ePuzzler software developed at IPK which can join scanned paper fragments of any type up to make complete pages without any template, thanks to completely new image processing and pattern recognition algorithms.

With funding from the Cultural Preservation Programme of the Federal Foreign Office, experts from the IPK will run a test and concept phase to investigate whether and how the damaged IWO material can in the first instance be properly digitised and secured to allow reconstruction. Then they will consider the extent to which existing virtual reconstruction methods can be used to restore the damaged material. The investigations will also include estimates of how much work the digitisation and virtual reconstruction of the IWO material will involve. The results of the study will be presented to IWO in a final workshop.

Title image: “Tsene urine”: one of the oldest pieces in the IWO collection. Pentateuch in Yiddish published in Amsterdam in 1711. This text was the literature par excellence for women. It includes comments and handwritten notes | © Fundación IWO.