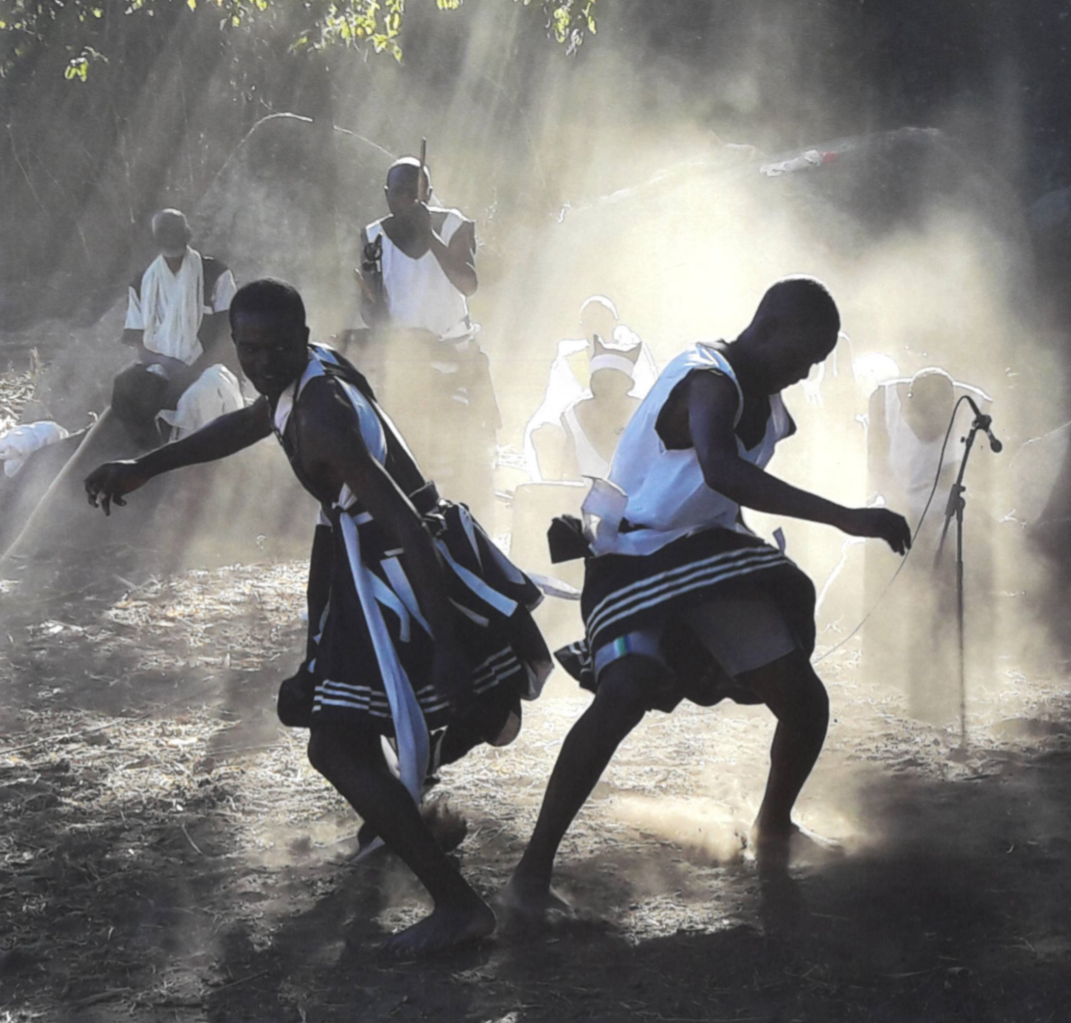 The drum culture of Chiweshe and the Sungura and Mbira guitar styles are unique parts of Zimbabwe’s rich cultural heritage which are severely endangered as there are no musicians capable of capturing these skills and techniques to make them available for future generations. This project trained a group of musicians from the Music Crossroads Academy in Harare to document all three traditions on video and make transcriptions of the different styles.

This project was a cooperation between Music Crossroads Academy in Harare, which is part of a Music Crossroads International programme, and the Global Music Academy in Berlin. It was designed as a training project to transfer the skills required for documentation to a group of musicians teaching at the Academy. This will empower them to begin a systematic documentation of the music traditions of Zimbabwe in order to create new curricula for use in the music education system.

THE DRUM CULTURE OF CHIWESHE Zimbabwe is home to a number of unique dance drumming styles located in isolated rural communities. These drum rhythms are an integral part of the Zimbabwean cultural identity. The brutally enforced Christianisation of Zimbabwe by European missionaries in the 20th century, which the Zimbabwean musicologist Mhoze Chikowero has described as an “epistemicide”, has marginalised the rural communities who resisted and their culture is frequently described as devil worship or idolatry by devout Christians. One of the least known of these drum cultures is located in the Chiweshe Communal Area in the Mazowe District, which lies 150 kilometres north of the capital Harare.

The team carried out initial research in 7 villages in Chiweshe. After evaluating the research they chose 3 villages representing the different facets of the drum culture in which to carry out the final documentation: Dzivaguru, a sacred shrine, Nyakudya, a typical village group, and Gweshe, where the group performs to generate
income. The dance drumming and accompanying songs are used for ritual purposes: to contact the Midzimu (spirits of departed family), who are the guardians of the ordinary people, the Mashave (animal, water and hunter spirits), who convey their positive attributes to the community and the Mhondoro and Makombwe (spirits of dead rulers), who serve as intermediaries between the people and God (Mwari). They are called upon to ensure rain and fertility, but also in times of crisis. The rhythms were recorded live on video using slow motion to capture the movement techniques and strokes precisely and transcribed along with the matching vocal drum syllables which are used for teaching purposes. In addition, the guardians of culture were interviewed extensively.

THE MBIRA AND SUNGURA GUITAR STYLES The second part of the documentation dealt with the Sungura and Mbira guitar traditions which both arose in the 1970s. Jonah Sithole is regarded as the main innovator in the Mbira guitar style. He transferred the melodic and rhythmic ideas from the Mbira onto the guitar. The resulting music was popularised through artists like Thomas Mapfumo and the Four Brothers and became a driving force during the struggle for independence, when it was dubbed Chimurenga music. The team documented Moses Mullah Nyaruka, who played with Jonah Sithole and is one of the last of the older generation still alive, as well as two artists of the younger generation, Clive Mono Mukundu and Brian Nanhanga, capturing their different approaches to the style.

The Sungura music developed as a hybrid style heavily influenced by Congolese Rumba and Kenyan Benga with an added Malawian influence as many of the innovators were descendants of migrant labourers who worked in the mines and on farms in Zimbabwe. Sungura developed in the rural growth points and was hugely popular in the rural areas and ghettos during its zenith. Unlike Chimurenga music, Sungura is virtually unknown outside
Zimbabwe. The team documented three of the leading older musicians still alive, Nicholas Zachariah, Donald Gogo and Innocent Mujintu, as well as Sulumani Chimbetu, the son of Simon Chimbetu who developed the Dendera style of Sungura. The team documented all the guitarists in their rhythm sections with lead, rhythm, bass guitar and drums using both video and audio. All the parts were transcribed and the musicians were interviewed extensively.
Two booklets of the drum rhythms and guitar styles including the transcriptions, photos, interviews and accompanying DVDs will be made available to schools and libraries in Zimbabwe in the near future.

Title image: Restorers carrying out preparatory examinations of the materials, the bonds between the stucco and the surface, and the paint layers | © Christian Raabe.