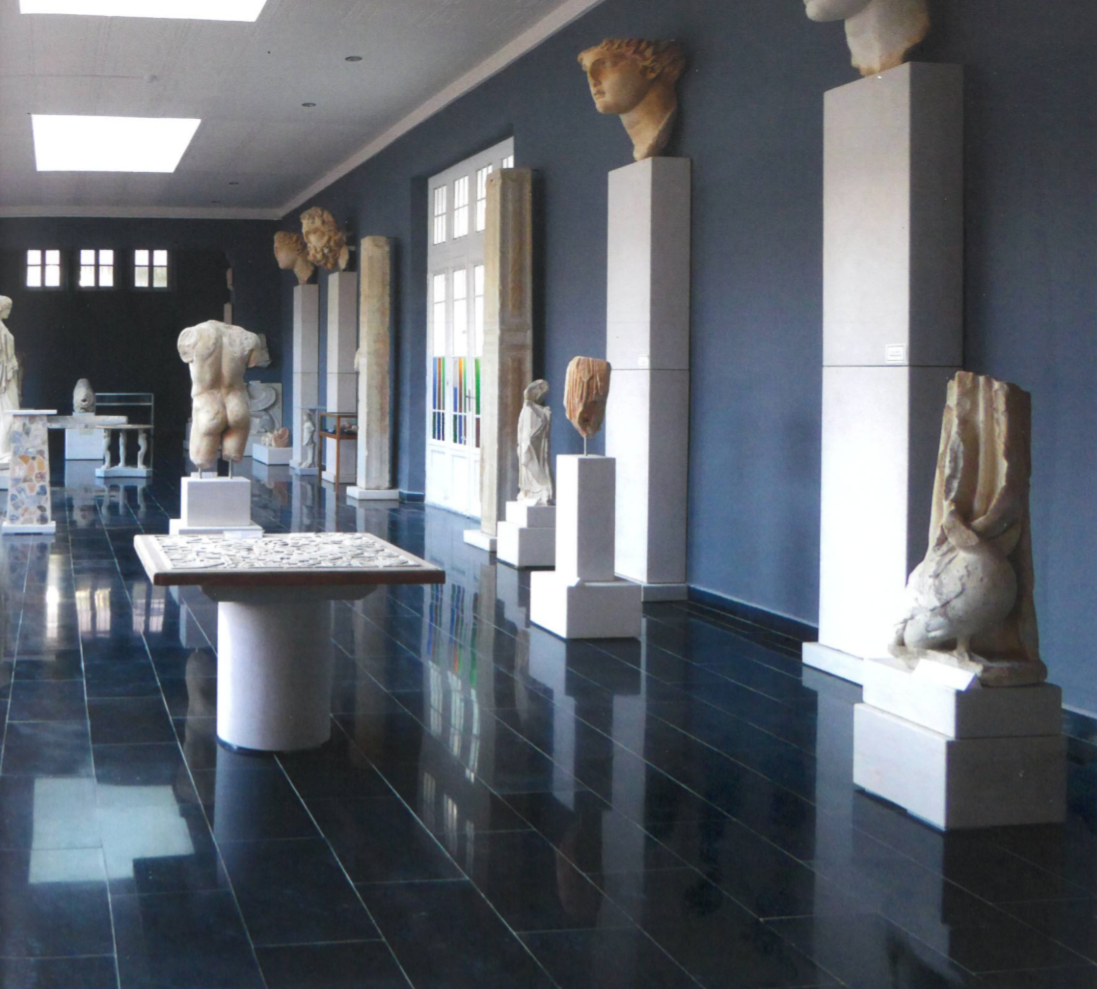 Since 2008, the Federal Foreign Office has been funding the restoration of Roman sculptures in the National Museum of Cherchell as well as new bases for them within the framework of the Cultural Preservation Programme. The project is being carried out by the Rome Department of the German Archaeological Institute in close cooperation with the Algerian Ministry of Culture. The purpose of the refurbishment is to conserve the collection of antiquities and safeguard them against earthquakes. Furthermore, the new permanent exhibition is intended to showcase the city’s heyday around 2000 years ago and to significantly heighten the local population’s interest in the cultural heritage of the pre- Islamic period. A conscious decision to get local people involved by way of tours and surveys was made when it came to developing a new chronological and thematic concept for the museum, whose origins (1900–1904) stretch back to French colonial rule. As a result, the period of the kings of Mauritania (23 BC-40 AD), closely linked to Juba II, his wife Cleopatra Selene and their son Ptolemy, is receiving particular attention: their empire stretched from today’s northern Morocco into eastern Algeria. This family ’s knowledge of the arts along with its immense wealth meant that master builders and artists from all over the Mediterranean flocked to the city, transforming it into a first-class cultural hub. A high standard of cultural life was maintained in the following centuries under Roman rule (from 43 AD onwards). The project had become necessary because the ravages of time and two earthquakes in the 1980s severely damaged the sculptures. After the joint work began in 2008, the best course of action was decided on a case-by-case basis.

The stability of the sculptures was increased considerably by placing them on massive limestone pedestals from Algeria and Tunisia. Precisely fitting limestone elements were also added. Every addition is recognisable as such and can be removed at any time. Elements were added to some objects of which only fragments remained. In other cases, drawings were made of such objects in their original form, thus making it possible to show the purpose for which they were made.
The restoration of the almost three metre high Heracles statue required particular care: it was placed with its base on a metal pedestal which, in turn, lies on four ball bearings. This construction means that the statue can move and will thus considerably lessen the impact of seismic shocks in the event of an earthquake.

Great importance was attached from the outset to passing on know-how in a wide variety of fields which will be of long-term use to Algerian cooperation partners: this included basic practices (the transport of heavy blocks and sculptures) and craftsmanship (chiselling, cutting, drilling, smoothing, polishing, casting moulds and producing duplicates) as well as conservation measures (cleaning, adhering, dowelling, removing old adherences, the use of appropriate and non-aggressive chemicals). Apart from the careful documentation of all restoration steps and of the materials used, which remains in the possession of the museum, much of the work was filmed for teaching purposes. The cooperation partners can use this material to demonstrate how the work was done, thus making it possible to carry it out again at a later point in time. In addition, supported by the didactic expertise of the staff of the Museum of Industry in Lauf an der Pegnitz, a museum educational concept including signs, lighting and didactic material (catalogue) was devised.