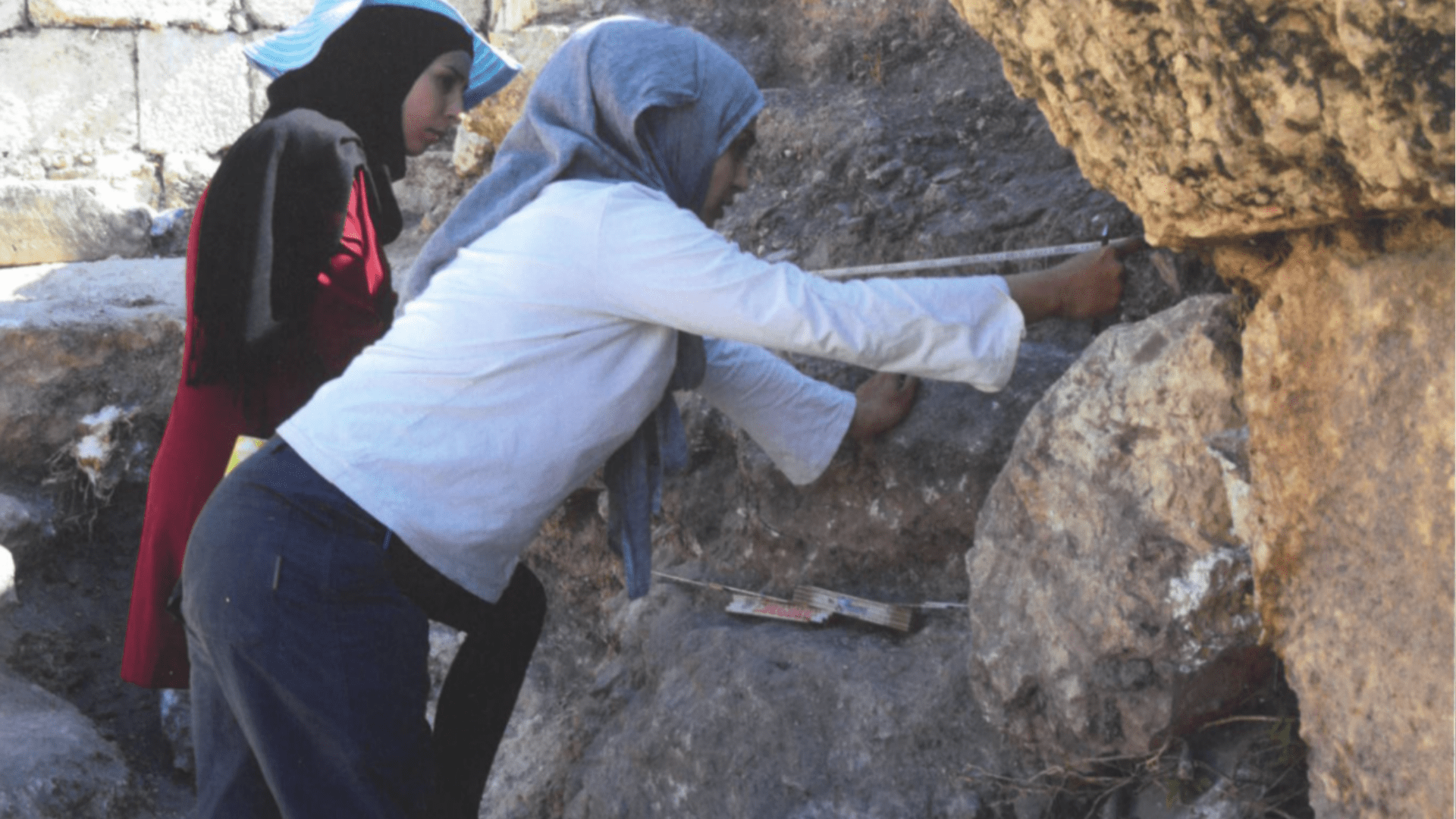 Baalbek is a UNESCO World Cultural Heritage site famous around the globe for its Roman temples. In the Middle Ages, Baalbek played an important part in the territorial conflicts between Crusaders and Arab rulers, growing to become a rich settlement near a fortress. The area of the town excavated in the 1970s dates back to this period. Thanks to a training project conservation work was conducted in the quarter and the area was made accessible for visitors.

Baalbek in Lebanon is the site of some of the most impressive ancient ruins in the world. In addition to the famous Roman temples, archaeological remains from the eighth millennium BC onwards have been preserved. So Baalbek’s history, still tangible for visitors, stretches back almost 10,000 years.
The further-training project being carried out on an excavated part of the town dating from the 12th to 16th centuries aims to preserve and present this diverse history. Right by what will be the new entrance to the ruins stand two small mosques, a caravanserai, public baths, town walls and several private houses. They bear witness to the town’s tumultuous history in the time of the conflicts between Crusaders and Ayyubid rulers, and to its sacking by the Mongols and subsequent reconstruction under the Mamluk dynasty.

Ancient and historical cultural sites are among Lebanon’s treasures. They attract tourists from all around the world and at the same time form a point of collective identity and economic resource for the local population. Preserving these cultural sites requires constant efforts by experienced craftsmen and specialist archaeologists and architects who can work not only in Baalbek but throughout the country. The training project, which is now completed, therefore offered quality training in conservation through constant upkeep, the conservation of structures at risk of erosion, the restoration and structural reinforcement of archaeological structures, and the art of presentation. It was directed both at Lebanese craftsmen and students and at Syrians who have fled to Lebanon.

The aim of the programme was to preserve and pass on – both within Lebanon and beyond – traditional and modern conservation techniques relating to the archaeological stone architecture typical of the entire region. That is why the programme fell under the project “Stunde Null: A Future for the Time after the Crisis” run by the German Archaeological Institute with funding from the Federal Foreign Office.

Over the course of three years, more than 70 people have participated in the project. In addition to providing training for young workers, this has also created job opportunities particularly for experienced older craftsmen who have been working in Baalbek to protect the ruins for decades and have now had the chance to pass on their knowledge about traditional techniques and measures which work well under the local conditions.

The project was an element of the practical training phases for student archaeologists at the Lebanese University, which assumed responsibility for training the local students in particular, along with many sub sidiary institutions in the country. It also benefitted from the cooperation with the Tripoli School of Architecture, which organises postgraduate courses in the conservation of Lebanon’s architectural heritage and seconded young architects to Baalbek to complete practical modules on the further-training project. The programme was thus closely integrated with training courses already on offer in Lebanon which are aimed both at young Lebanese nationals and at young Syrians who have found a new home in the country.

The scientific expertise relating to the archaeological and historical data and some aspects of the curricula came from the Orient Department of the German Archaeological Institute, which has been documenting and analysing the many different archaeological remains in Baalbek for over 20 years, as well as publishing the findings. This further-training project was thus exploring new ways to communicate the scientific findings to the local population and also to the Lebanese tourist industry.

Title image: Before conservation, missing sections have to be examined in detail and the original mortars determined|© DAI, Julia Nádor.