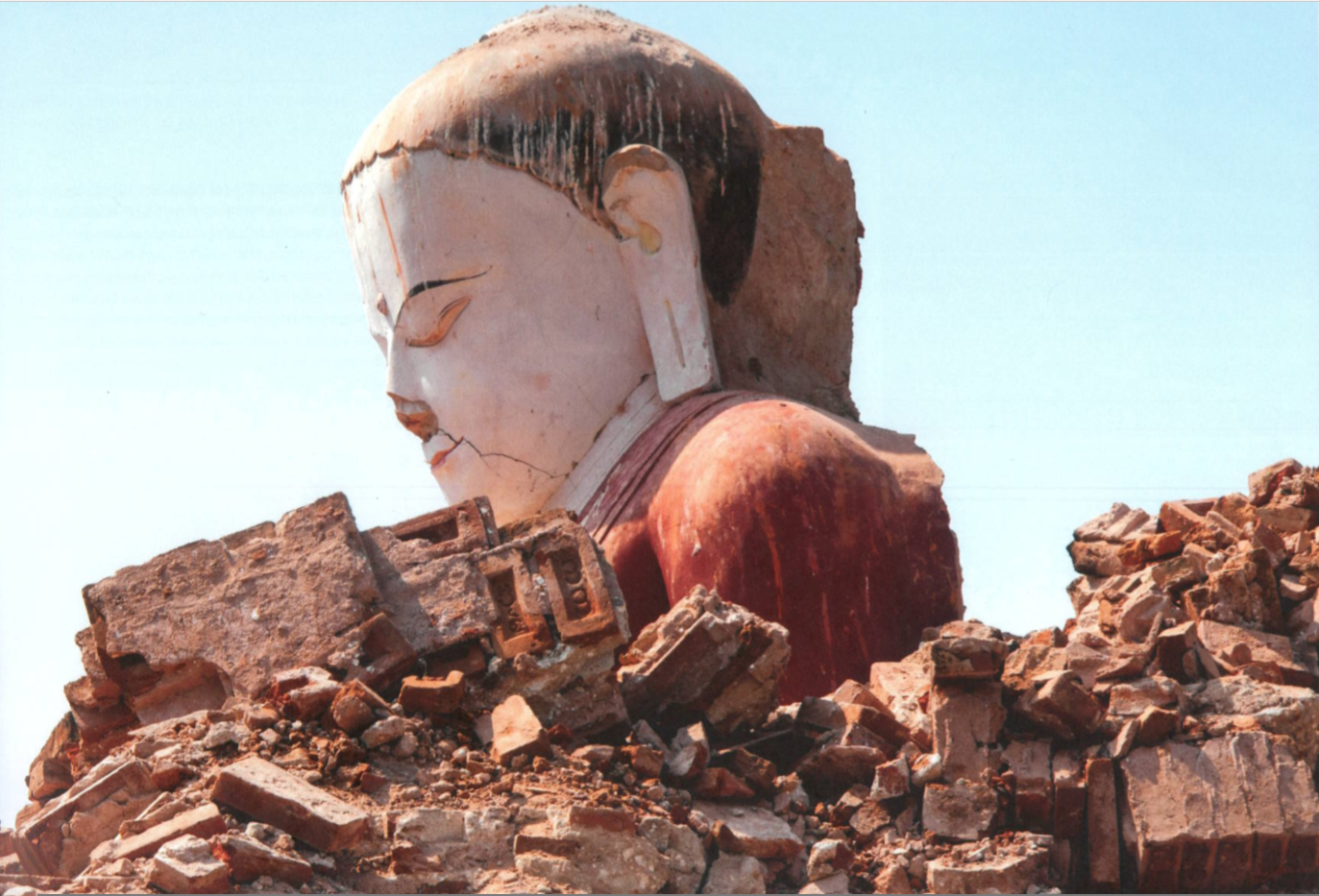 On 24 August 2016, an earthquake measuring 6.8 on the Richter scale hit the temple city of Bagan, one of the world’s most important historical cultural sites. Almost 400 of the around 3000 sacred architectural works were damaged, some of them seriously. The extremely heavy spires of many temples fell to the ground, while centuriesold masonry became loose, cracking precious murals and stucco decorations. Germany was one of the countries which responded to the urgent appeal for international help, sending three experts with many years of experience in cultural preservation in South-East Asia to Bagan to discuss suitable conservation and restoration measures with local officials.

This was not the first earthquake to hit the plain of the Ayeyarwady River in central Myanmar with its centuries-old Buddhist temples, stupas, monasteries and settlements. For a strong earthquake in 1975, whose epicentre was in Bagan itself, also caused widespread destruction. In the years that followed, extensive restoration measures were taken at national level. It was particularly this restoration work, using rigid cement mortar and steel pipes, which was severely damaged in the latest earthquake.

Earthquake in Bagan – Conserving the artistic and cultural treasure of Myanmar

Myanmar was already working on the application for Bagan’s inscription on UNESCO’s World Heritage List when the 2016 earthquake suddenly changed the situation. Some 398 historical temples were damaged, some of which were in danger of collapsing as a result and urgently required measures to stabilise them. However, tried and tested strategies had not yet been developed and the technical errors of earlier restorations were not to be repeated. The responsible Ministry of Religious Affairs and Culture of the Republic of the Union of Myanmar (MoRAC) therefore appealed to the international community for assistance. Germany was one of the countries which agreed to help conserve this unique artistic and cultural treasure.

Six months later, at the first international conference after the earthquake, officials and experts from Myanmar and other Asian and European countries as well as UNESCO met in Myanmar to discuss and coordinate preservation measures. By this time, a dedicated team of around 2000 volunteers had removed rubble, put emergency safety measures in place and set up barriers.

There are several thousand temples in Bagan plain, which borders on the Ayeyarwady River to the north and west and a mountain range to the east. Armed with a long list from Myanmar ranging from technical equipment to concrete conservation measures as well as basic and further training for local employees from the Department of Archaeology (DoA), the huge need for assistance was explored in a preparatory trip in May 2017. Together with partners from the Myanmar MoRAC and the Cultural Preservation Programme of the Federal Foreign Office, two concrete projects were developed: one on preserving the murals and one on conserving the stone temples.

Stay Tuned: Read more about the preservation of the murals and the stone temples in our next blog post!

Title Image: A large Buddha statue in the rubble of the temple | Foto: Hans Leisen.