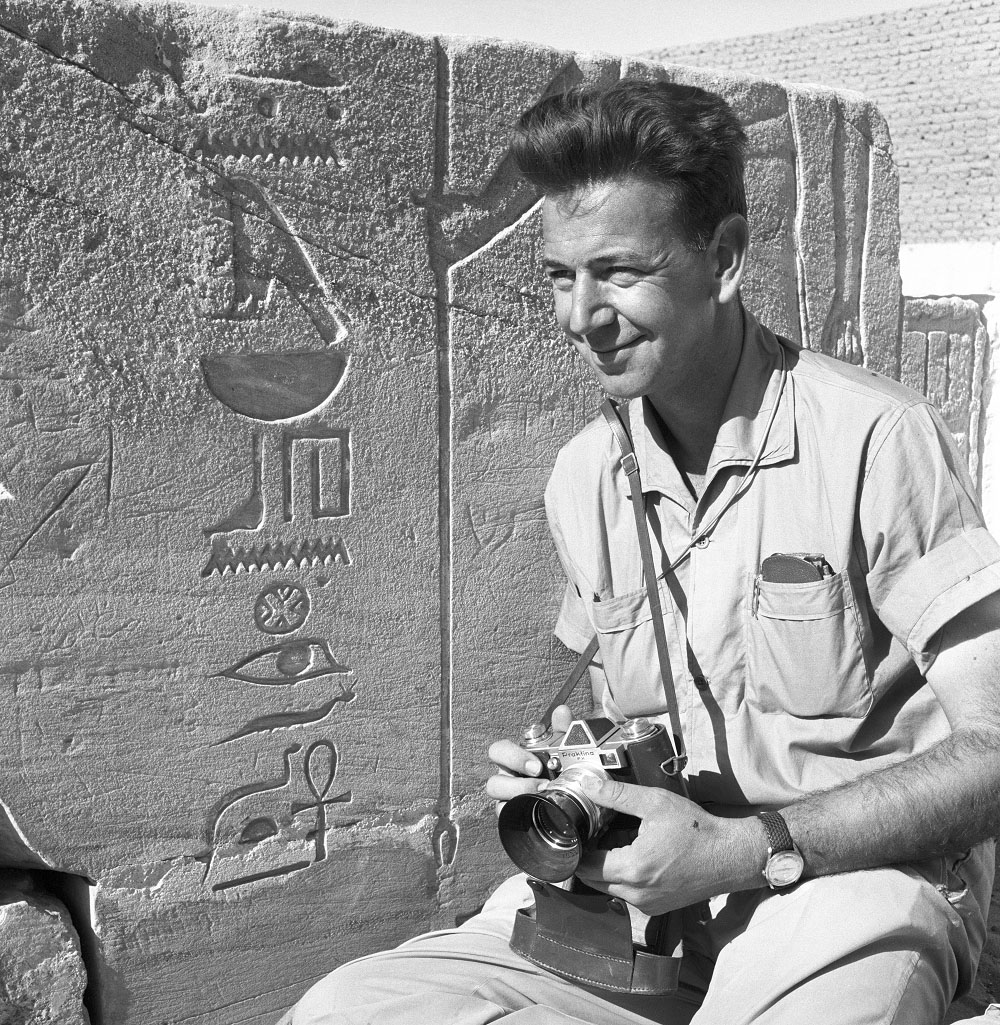 The archive of Friedrich W. Hinkel represents one of the largest collections of research materials concerning the archaeology of the Ancient Sudan. Thousands of photographs, slides, maps and drawings are the invaluable legacy, documenting the cultural heritage of Sudan.

It is the result of Dr. Hinkel’s (1925 – 2007) over 40 years of continued research, beginning with his participation in the Humboldt University’s excavation at Musawwarat es Sufra in 1961. From 1962 onwards he was deputized by the Academy of Sciences of GDR to the Sudan’s Archaeological Service, for which he worked as an architect focusing on the excavation, reconstruction and conservation of archaeological monuments. Among his greatest achievements are the dismantling and recovery of the of Semna, Kumma, Buhen and Aksha threatened by the Great Dam, the excavation of temple M 250 at Meroe as well as his conservation efforts regarding the pyramids at Meroe.

In the course of his work Friedrich W. Hinkel collected information concerning thousands of archaeological sites in the Sudan, which he planned to publish in geographical order in the form of a publication series called “The Archaeological Map of the Sudan“ (AMS). Due to his work for the Sudan Antiquities Service (now the National Corporation for Antiquities & Museums) he had access to documents and sites previously unknown to other international scholars, making his archive a comprehensive collection of research.

The geographical structure of the “The Archaeological Map of the Sudan“ – and therefore large parts of his archive – is based on a grid system he encountered at the Sudan Antiquities Service and later enhanced using the International Map of the World. Within Hinkel’s AMS-system every site is assigned an alphanumerical code (the so called AMS-number), by which the location of the site can be identified up to an area of about 5 by 5 km. (see also: AMS)

During his lifetime Dr. Hinkel published three volumes of the AMS (a guide as well as two volumes regarding The South Lybian Desert and The Area of the Red Sea Coast and Northern Ethiopian Frontier) as well as several supplement volumes focusing on single contexts. The lion’s share of his documents, however, remains unpublished.

His archive contains over 30.000 photographs, over 10.000 slides, about 540 topographical maps, over 4.000 drawings, over 20.000 index cards as well as several hundred folders containing geographically structured information on archaeological sites.

Owing to the generous support of the Qatar Sudan Archaeological Project (09/2014 until 03/2016) and the German Foreign Ministry (beginning in 04/2016) it was possible to digitize large part of Friedrich W. Hinkel’s research Archive and make it accessible via the iDAI.world in cooperation with the CoDArchLab and the National Corporation for Antiquities & Museums in Khartoum.