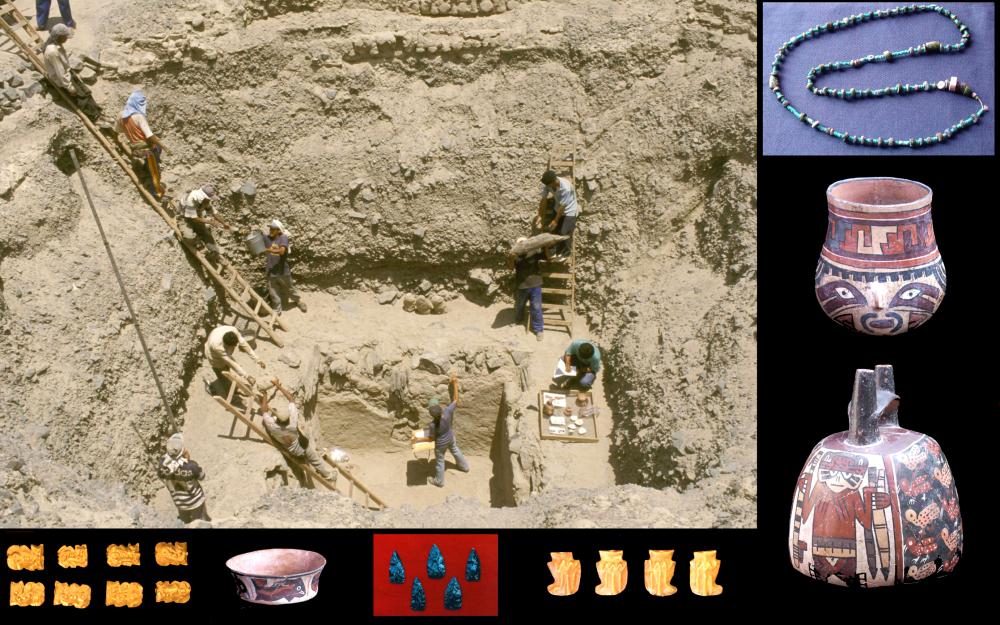 Nasca Elite Burials from La Muña: Restauration and Development for Tourism of an Archaeological Site of the Middle Nasca Culture (AD 200 – 400).

La Muña is one of the most impressive archaeological sites of the Middle Nasca Culture in the province of Palpa on the Southern coast of Peru. The site shows a plurality of archaeological features as elite burials, terrace structures, platforms and geoglyphs. In the years 1998 and 2001 several areas of the site were excavated by the DAI but were filled up again for reasons of conservation. During the years 2012 and 2013 two elite burials were reexcavated, restored and prepared for tourism. An information center was erected to provide information on the archaeological work done and to show its results.