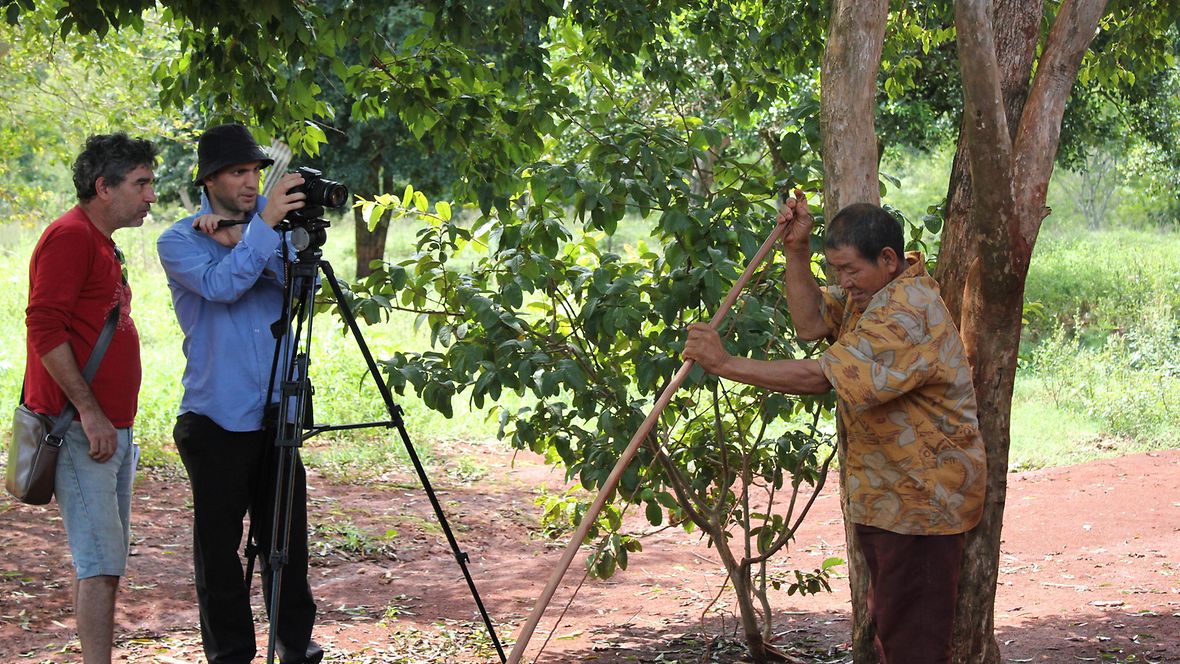 Their memories will be documented and preserved in the cultural heritage project. Alongside documentary films, a virtual museum with its own exhibits will be set up, with the aim of preserving the indigenous group’s history, which is handed on orally from generation to generation, and traditions. The persecution of the Aché was revealed in Paraguay in 1972 through a text by German ethnologist Mark Münzel, who drew international attention to the tragedy of the Aché. Around 1880 Aché currently live in seven groups. They are a minority among the country’s indigenous population.

Three documentary films of around 45 to 60 minutes record and translate stories by the oldest Aché and document the group’s rituals, handicrafts and music. The virtual museum will also present the history and culture of the Aché. During the project, the Aché made traditional objects for the museum. The virtual museum will be made available to pupils from indigenous groups and the general public. The aim is also to provide online teaching material on the culture of the Aché.

The project is being carried out with the NGO Asociación Madre Tierra, which was founded in 1993 and has focused on work with indigenous groups since 2003. It facilitates direct contact with the community’s chief and head teacher, who in turn inform the members of the community about the films and museum. The aim of the project is to preserve a culture that is at risk of dying out by using modern technology to record the group’s oral history and traditions and making them available to the public.