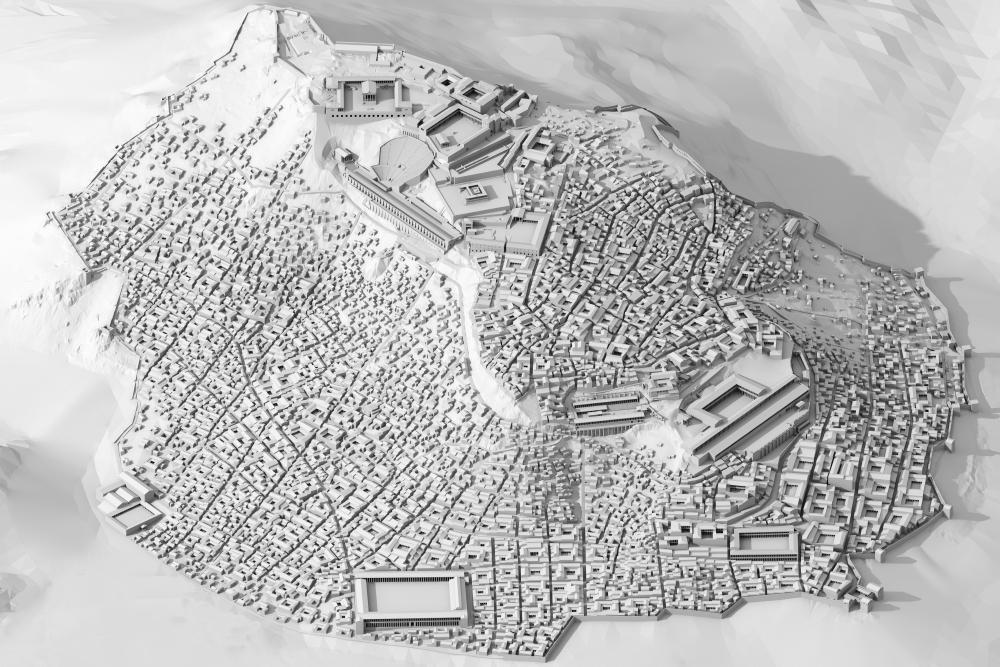 The exhibition “Pergamon Wiederbelebt! ” is shown from April 21 – July 15 2018 in Leipzig and presents 3D reconstructions of the ancient city of Pergamon. The official opening takes place on April 19 at 7 pm.

The focus of the exhibition in the Antikenmuseum der Universität Leipzig is on a new virtual 3D reconstruction of the antique city of Pergamon. The reconstruction was developed by the Chair of Design, Building Theory and Interior Design at the BTU Cottbus-Senftenberg in cooperation with the German Archaeological Institute (DAI). The exhibition presents a modern, vivid image of antique city spaces to the visitors. At the same time, the displays invite the observer to reflect on his own urban environment. The city of Pergamon is located on the west coast of Turkey. As the center of the Hellenistic dynasty of the Attalids and as a Roman metropolis, Pergamon was one of the most prominent urban centers of the ancient world. Since 130 years archaeologists, led by the DAI, have investigated the urban structures of Pergamon as well as the necropolis and the surrounding area of the city. Different reconstructions, going back to the beginning of the excavations in Pergamon, are at display, resurrecting the ruins of the ancient city. The reconstructions help to gain a better understanding for antique architecture and its relationship to manmade living spaces and natural areas. At the beginning of the visit a film installation of the new 3D visualization of Pergamon illustrates the urban environment. A virtual tour leading to the Acropolis visualizes the urban organism of the city. The exhibition then focusses on central urban areas, where people used to live and work. The show also presents the archaeological research and scientific documents on which the reconstructions are based.

In conclusion, the exhibition aims to promote different media of visualization of ancient architecture. In addition to older drawings of single buildings, a print of the 360 ° panorama of the artist and architect Yadegar Asisi is shown. Reconstructions are not only important as a tool for visualization and as an instrument to collect further knowledge, but they also serve as a digital preservation of valuable cultural heritage.