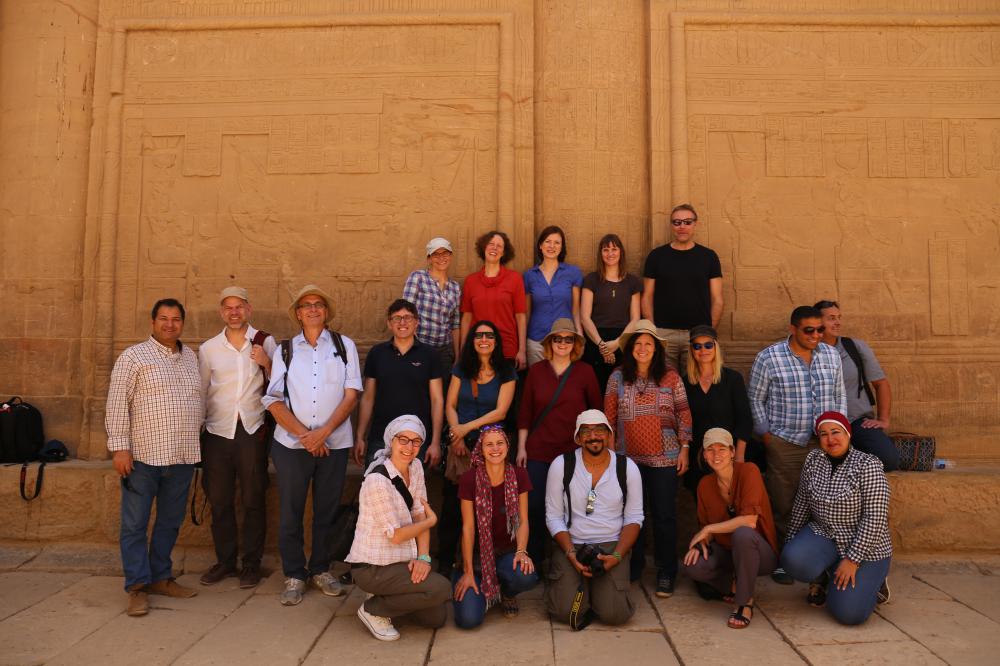 The TransArea Network Africa meets again for network strengthening and capacity building.  During the meeting in April TANA members presented their work. Among otherst the important work of a rescue project, conducted to protect the temple complex of Philae from flooding, was demonstrated on-site.

The TransArea Network Africa  (TANA) was founded in 2014 with the intention to not only connect the individual DAI projects located within Africa but to overall strengthen the field of Archaeology on the African continent. Since initiation, regular meetings have taken place in order to ensure a successful implementation. This year, TANA met in Aswan, Egypt.

Day one of the meeting kicked off with presentations taking place in the very fascinating Nubian Museum. After a brief welcoming, Egyptian colleagues and TANA members had the opportunity to introduce their projects. A simultaneous interpreter translated the presentations from English to Arabic and thus enabled the participation of the local population.

Day two and three focused on the regional archaeology. A field trip to the temple complex of Philae demonstrated the remarkable work of a rescue project conducted in order to preserve the Temple of Isis and others from the flooding of the island. As presented by the Egyptian colleague, Shamiaa Magdy Eid, the temple complex of Philae was only one of many to be disassembled and re-erected due to the building of the Aswan High Dam. The remains of early rescue measures, indicating the original site of the temple, are still visible and can be seen not far from the new location. The day was rounded off by a tour of the excavations of the Elephantine. After giving an overview of the history of the Elephantine and its excavations, Johanna Sigl of the DAI Cairo Department passionately introduced her current project “Realities of Life” which focusses on the actual life conditions of the settlement during the Middle Kingdom.

The excursions on day three led the group to Gebel Silsila West where the directing Egyptian archaeologist, Ahmed Said, gave the TANA members an exclusive tour of the shrine and quarry. The group subsequently visited Edfu. The director of the DAI Cairo Department, Stephan Seidlmayer, provided insight into the significance and context of the temple.

The Aswan Meeting also marked a very important milestone within our e-learning project (MOOCs). After a long time of preliminary work, mostly conducted by Sofia Fonseca, we recorded some interviews of TANA members and are now looking forward to uploading the first contributions.

Thanks to the joint effort between the DAI Berlin Head Office, DAI KAAK, DAI Cairo Department, and our Egyptian partners from the Nubian Museum in Aswan and the Ministry of Antiquities of Egypt, TANA was able to host a successful meeting and ambitiously looks towards the future in which TANA continues moving forward towards the implementation of its goals.